Here are the ten official questions which are discussed in detail in the Critical Reasoning - II module at the end of the Useful to Evaluate Questions section. Shout out in the comments section if you have any doubts in the explanations.

Useful to Evaluate Question No. 1

Columnist: People should avoid using a certain artificial fat that has been touted as a resource for those whose medical advisers have advised them to reduce their fat intake. Although the artificial fat, which can be used in place of fat in food preparation, has none of the negative health effects of fat, it does have a serious drawback: it absorbs certain essential vitamins, thereby preventing them from being used by the body.

In evaluating the columnist's position, it would be most useful to determine which of the following?

Useful to Evaluate Question No. 2

The emission of sulfur dioxide when high-sulfur coal is burned is restricted by law. New coal-burning plants usually comply with the law by installing expensive equipment to filter sulfur dioxide from their emissions. These new plants could save money by installing instead less expensive cleaning equipment that chemically removes most sulfur from coal before combustion.

Which of the following, if known, would be most relevant to evaluating the claim above about how new coal-burning plants could save money?

Useful to Evaluate Question No. 3

Capuchin monkeys in Venezuela often rub a certain type of millipede into their fur. Secretions of these millipedes have been shown to contain two chemicals that are potent mosquito repellents, and mosquitoes carry parasites that debilitate the capuchins. The rubbing behavior is rare except during the rainy season, when mosquito populations are at their peak. Therefore monkeys probably rub millipedes into their fur only because doing so helps protect them against mosquitoes.

Which of the following would be most useful to determine in order to evaluate the argument?

Useful to Evaluate Question No. 4

Last August the XT chain of gasoline stations had a temporary sales promotion in effect. In the promotion, any customer who made a purchase of ten or more gallons of gasoline was entitled to a free car wash. For the month of August, XT experienced a ten percent increase in gasoline sales as compared to sales in August the previous year, so evidently the promotion was successful as a means of boosting sales.

In evaluating the argument, it would be most helpful to answer which of the following?

(B) Was the money that XT earned from the increase in gasoline sales enough to offset the cost of providing free car washes during the promotion?

(C) Were there any customers who bought ten or more gallons at an XT gasoline station during the promotion who would have bought gasoline at the same station in lower quantities, but more frequently, if the promotion had not been in effect?

(D) Did XT or any of its gasoline stations have to pay other businesses to provide the car washes that customers were offered in the promotion?

Useful to Evaluate Question No. 5

For the purposes of evaluating the argument, it would be most useful to know whether

Useful to Evaluate Question No. 6

Which of the following, if true, would it be most important to take into account in evaluating the result?

(A) The urban school was located in a part of the city in which levels of sulfur dioxide in the air were usually far lower than is typical for urban areas.

(B) At both schools, the plants in the greenhouses grew much more quickly than did plants planted outdoors in plots near the greenhouse.

(D) Heavy vehicular traffic such as is found in cities constantly deposits grime on greenhouse windows, reducing the amount of light that reaches the plants inside.

(E) Because of the higher levels of sulfur dioxide in the air at the urban school, the air filters for the urban school’s greenhouse were changed more frequently than were those at the rural school.

Useful to Evaluate Question No. 7

Which of the following would it be most useful to establish in order to evaluate the argument?

(E) Whether physicians would give in to a patient's demands for a prescription medication chosen by the patient when the one originally prescribed by the physician fails to perform as desired.

Useful to Evaluate Question No. 8

Trancorp currently transports all its goods to Burland Island by truck. The only bridge over the channel separating Burland from the mainland is congested, and trucks typically spend hours in traffic. Trains can reach the channel more quickly than trucks, and freight cars can be transported to Burland by barges that typically cross the channel in an hour. Therefore, to reduce shipping time, Trancorp plans to switch to trains and barges to transport goods to Burland.

Which of the following would be most important to know in determining whether Trancorp’s plan, if implemented, is likely to achieve its goal?

Useful to Evaluate Question No. 9

Manager: Although our corporation lists office rules in an orientation booklet, few employees read the booklet carefully enough to familiarize themselves with all the rules. Lecturing employees for inadvertent rule violations often makes them resentful and less cooperative. Thus, to improve employee adherence to office rules, we plan to issue gentle reminders about various rules in each issue of our weekly newsletter.

Which of the following would it be most helpful to discover about the employees in the corporation in order to evaluate the likelihood that the plan will succeed?

Useful to Evaluate Question No. 10

Goronian lawmaker: Goronia's Cheese Importation Board, the agency responsible for inspecting all wholesale shipments of cheese entering Goronia from abroad and rejecting shipments that fail to meet specified standards, rejects about one percent of the cheese that it inspects. Since the health consequences and associated costs of not rejecting that one percent would be negligible, whereas the cost of maintaining the agency is not, the agency's cost clearly outweighs the benefits it provides.

Knowing the answer to which of the following would be most useful in evaluating the lawmaker's argument?

(A) Are any of the types of cheeses that are imported into Goronia also produced in Goronia?

(B) Has the Cheese Importation Board, over the last several years, reduced its operating costs by eliminating inefficiencies within the agency itself?

(C) Does the possibility of having merchandise rejected by the Cheese Importation Board deter many cheese exporters from shipping substandard cheese to Goronia?

(D) Are there any exporters of cheese to Goronia whose merchandise is never rejected by the Cheese Importation Board?

(E) How is the cheese rejected by the Cheese Importation Board disposed of? 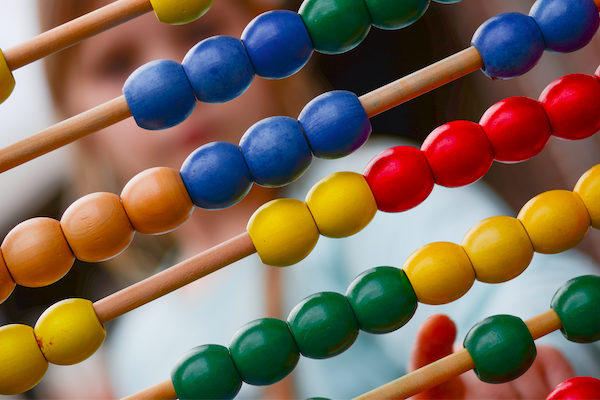 Simultaneous logins are not allowed. Login on a new device will terminate the session on the current device.

To enrol for our individual study modules and online private tutoring, register with us now. Save time, save money!